Going full-screen on one screen, but then allowing yourself to be distracted by a dozen windows from other apps on the second screen kind of defeats the purpose of the full-screen-no-other-distraction feature, no?


When I put full screen on the secondary screen, my iMac screen blacks out. As the user of multiple monitors at both home and work, I HATE apps that screw with the other monitors. I just installed lion last night, from the official release off the app store, and this morning I tried using my secondary display to watch a movie whilst doing work on my main display like I often do. THEN I discovered that this that had worked brilliantly in leopard and snow leopard, namely to full-screen my movie window in my secondary window, no longer worked.

Chris, I have the same problem. I always have a video playing on my secondary monitor while I work on my primary. Unfortunately this usually results in some of the wallpaper still being visible top and bottom — you can just set the wallpaper to black.

If anyone finds a better solution, please let me know! Very disappointed.. 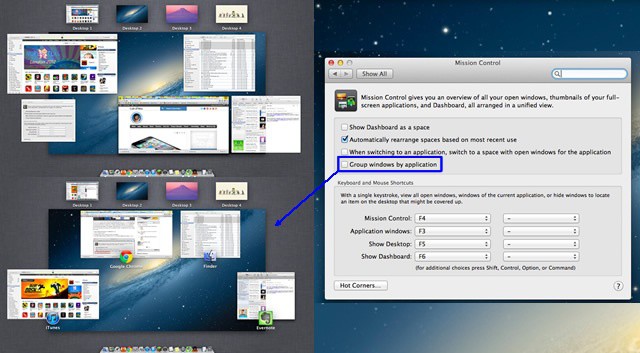 I spent an hour on apple tech support talking to an agent, he went and talked to his supervisor and when he came back. Lion does this by design. Get VLC, go to video preferences, click off the blank other screens while in fullscreen mode. This is how I do it, and always have done it. Is this the first bug in Lion OSX?

If you change your monitor configuration in the Display Settings to have the menu bar on the external display, then that becomes primary, and full screen apps will go to that monitor by default. I have this problem too and it is immensely frustrating. My temporary solution for now is to create an extra desktop and scale each window I want fullscreen as big as I can on the relevant screen.

I urge all lion users to call apple tech support and bring your disapointment to them. I discovered this bug by accident; trying to play a DVD in full screen on another monitor and it kept on jumping back to my laptop screen, quite annoying ……. Think again. I myself use more then three apps to accomplish my work photoshop, cyberduck, smultron, safari, ff, chrome, VMware, internet explorer. I have to utilize all of these apps at once to make a website fast and efficiently.

It is not efficient to have to constantly be gesturing through fullscreen apps to get to the one your want.

This could easily be done by adding a little check box in mission control that lets you toggle linking the screen together or unlinking them. If each screen could work as an independent desktop, I feel like it could save a lot of us from never using Fullscreen apps, whom have multiple displays.

How to Make ALL Applications Full Screen in Lion

New Mac mini running Lion and view sonic monitor. System will not recognize monitor after a software update and restart. No errors indicated in error log and eventually it will work after many restarts, sometime two or three days later. Tech support and Genius bar has no answers. Other than software updates system runs fine. Anyone else have similar problems? After two hours it finally recognized the second screen.

A week later I am still trying to get the connection working.

Mac is apparently NOT sending a signal out as monitor keeps saying: Waiting for signal. Name required.

Sign up for the TekRevue Weekly Digest using the box below. Get tips, reviews, news, and giveaways reserved exclusively for subscribers. Filed Under: New in OS X Yosemite, the green button on the top-left side of the window is now the full screen button.